In 2010, the day of January 15, the birthday of the great Romanian poet Mihai Eminescu, was declared „the day of national culture”. In 2014 It marks 164 years after the birth of the poet, aka „The Full Man of Romanian culture”.

We need as much cultural tradition as possible, and that is why I find it a wonderful thing that the Ministry of Culture is organizing, for the third consecutive year, an event dedicated to celebrating the day of national culture. The event will be held on January 15, 2014, starting at 19.00 at the Romanian Athenaeum. It is organized with the support of the „George Enescu” Philharmonic and the Bucharest National Opera and will feature an extraordinary concert supported by both consecrated artists and young talents of the Romanian lyrical scene, accompanied by the Philharmonic ” George Enescu „

Those present will have the opportunity to visit an exhibition that will include works signed by Prestigioși Romanian painters, rare items from the Enescian heritage and costumes worn by great performers in reference shows mounted on the stage of National Opera Bucharest.

The event is invited to participate in cultural figures, members of the Romanian Academy, members of the Romanian Government, representatives of the diplomatic corps accredited in Bucharest, directors of culture institutions, and representatives of the media. This is where I go, to the media. Small, dwarf but very happy that I received this invitation and that I have the opportunity to participate in a cultural event of such magnitude.
Cultural events should be publicised at least as much as the online conferences we have been attending. They also deserve their own hashtag, their own live-blogging and pictures „Live from the place of action”. I initially thought that such an approach could știrbi from the solemnity of the moment, the importance of the occasion and could bagateliza. But a classic approach only reaches people who use classical communication channels. Perhaps an attempt to communicate a cultural event „on FB” is not a bad idea. Can.
Tagged: EminescuNational Culture Day 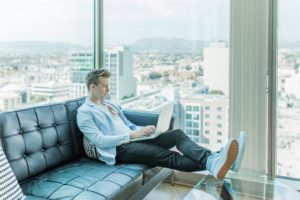 Start to grow your business with the best tips!

Here is your chance to get access to my exclusive freebies!